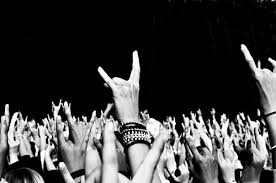 “Today’s music ain’t got the same soul,” Bob Seger sang in 1979’s “Old Time Rock and Roll.”  By “today’s music,” did he mean Pink Floyd’s The Wall, AC/DC’s Highway to Hell, Neil Young’s Live Rust, The Police’s Regatta de Blanc, or Bob Marley’s Survival?  By most measures, those are pretty soulful records, or at least records that have stood the test of time.  Yet Seger’s tune, itself now a classic, articulates the nagging but often unacknowledged problem with pop culture as a medium – what was disposable yesterday somehow becomes valuable today and then indispensable tomorrow. Why?

Well do I remember my own youthful discovery of rock ‘n’ roll, most of which was then at least ten years old.  Never mind the actual listening to the music; just the intense conversations among my friends about albums and artists, the shared convictions and the collective responses, were exhilarating.  We observed in those days an almost mystical reverence for the likes of “Keith,” “Jimi,” “Syd,” and “Bon,” people we’d never met but who’d nonetheless become personal heroes to us.  Finding an obscure record, recommending an overlooked act, hearing for the first time a legendary song, were all transformative experiences. You could and would judge strangers by their taste in music, and you could and would play a favorite cut several times in a row just to absorb every note and every lyric (I especially did this with the Stones’ “Little T & A”).  John Lennon once recalled his initial audience of Elvis Presley’s “Heartbreak Hotel” as a teenager: “It was so great I couldn’t speak,” he said.  I had a lot of speechless moments with music, when I was eighteen or twenty.

To quote Lennon again, Those days are gone and I’m not so self-assured.  I still enjoy music, still play guitar, and still prize my collection of CDs, LPs, cassettes and 45s,  but I seldom get the passionate thrill of coming across fresh (to me) songs and artists.  I know what I like, I just don’t make what I like into a way of life anymore.  I tend to put on a lot of old jazz or quiet classical – usually via YouTube, or the streaming website accuradio.com, rather than my own discs – more than I crank “Little T & A” anymore.  Christ, I’ll even hum to Katy Perry or Taylor Swift when I hear them around the house.  I was skeptical about the latest acts even when when I occupied the target demographic for them in 1985, and I gave up trying to keep up with them, much less form passionate allegiances for or against them, about ten years later.

What matters here is that there are millions of people like me whose opinions on music were pretty well formed by the time we were twenty-five years old. Some of them, like me, may even be professional music writers.  Many observers have noticed how cultural critics tend to complain that their preferred medium started to go downhill around the same time that – what a coincidence – they personally stopped being really excited by it.  There’s also the familiarity factor:  I liked Heart’s “Barracuda,” for example, the first thousand times I heard it, not so much the next five thousand, and after 10,000 times it had become kind of annoying.  That’s a natural response, but it does an injustice to the original music, and the original listener.

Loath as I am to admit, the inviolable status of my favorite performers and songs will probably not last longer than a few more generations, as our children and grandchildren begin describing the hits of their era in the ecstatic terms we once reserved for the hits of ours.  “Today’s music ain’t got the same soul,” they might gripe when they hit their thirties, sometime around 2035.  Lennon once more:  “No group, be it Beatles, Dylan or Stones have ever improved on ‘Whole Lotta Shaking’ for my money.  Or maybe I’m like our parents, you know – that’s my period, and I dig it, and I’ll never leave it.”  Still, in the unlikely event that “Little T & A” ever comes on the radio when I’m driving, you can bet I’ll roll down the windows and turn up the volume:  some things never change, nor should they.

2 thoughts on “Music Had Charms”