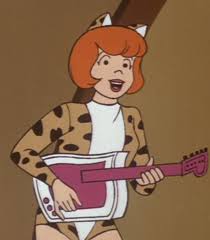 Pussycat’s Nine Lives Used Up – Josie Jones, leader of the iconic Pussycats band whose songs became anthems of a generation, was shot and killed by a deranged fan outside her New York City apartment yesterday.  Jones, known for her ears, tail, and uniquely rectangular fretless and stringless guitar, was the author of the Pussycats’ best-known work, including “Miscellaneous Incidental,” “Inoffensive Saturday AM,” and “Generic Chase Background.”  Surviving Pussycats Valerie, now leader of the Val-Funk Disco Boogie Train, and Melody, currently a Fox News anchor, are reported to be deeply shocked.  Jones will be buried next to her longtime romantic partner, voice actor Casey Kasem. 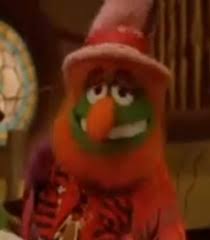 The Sad Story of Dr. Teeth, Drug Casualty – It’s hard to believe that this broken, empty shell of a Muppet was once the leader of the hugely successful rock act Dr. Teeth and the Electric Mayhem.  After years of indulgence in LSD and PCP, Dr. Teeth was fired from the group he founded, and his bandmates Floyd, Janice, Zoot and Animal now carry on without him.  Born Dennis Michael Teithopolous in Yakima Washington, Dr. Teeth was an early keyboard prodigy and formed the Mayhem in the late 1960s, becoming one of the leading exemplars of children’s psychedelia, until a series of bad drug “trips” made him increasingly unreliable on stage and in the studio.  Today Teeth lives in a seedy one-room Los Angeles apartment, unable to speak and flopping around listlessly. 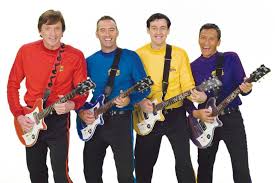 Plane Crash Claims Wiggles – All four members of the legendary Wiggles band died when their Convair aircraft ran out of fuel and crashed into Mississippi swampland last night.  Fans have gathered outside the group’s Australian home to mourn and play tracks from the Wiggles’ classic albums, including Hoop-Dee-Doo, It’s a Wiggly Party! and Whoo-Hoo, Wiggly Gremlins.  The Wiggles’ brand of no-nonsense, hard-driving boogie inspired many other rock artists, such as The Giggle Fun Happy Trio and Hey!  It’s Mister Silly! 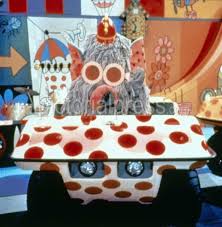 Banana Split Charged With Animal Cruelty – Snorky, keyboardist with the popular Banana Splits rock band, was arrested in Tuscon Arizona last week, after he was seen to bite the head off a bat which was thrown on stage during a Splits gig there.  Fellow Banana Splits Fleegle, Bingo, and Drooper defended Snorky, saying he could not be indicted for harming an animal, as Snorky is himself an elephant. 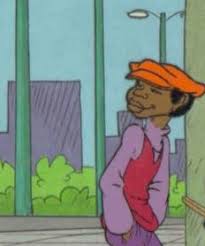 Fat Albert Band Member on Drug Rap – Rudy, lead guitarist of Fat Albert and the Cosby Kids, was found with a kilogram of heroin in a raid on his Philadelphia home yesterday.  The flamboyant performer, known for his customized “R” guitar and limited range of physical movement, denied knowledge of the drugs, while band leader Fat Albert advised, “Hey hey hey, let’s hear what the judge has to say.”  This is not the only crisis to have confronted the Fat Albert organization in recent weeks, as percussionist Bill is facing legal woes relating to an incident at the Playboy mansion. 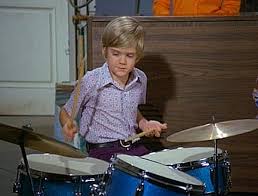 Partridge Drummer Found Dead – The lifeless body of Chris Partridge, hard-hitting drummer with the Partridge Family, was discovered at his brother Keith’s San Pueblo estate last night.  An autopsy confirmed Partridge had died of a pulmonary edema following a drinking binge.  Manager Reuben Kincaid acknowledged that the notoriously reckless Partridge, seven, had consumed an estimated forty ounces of vodka during the previous day’s rehearsals for an upcoming Partridge tour and was carried unconscious to bed by his siblings Danny, Laurie, and Tracy.  Chris Partridge’s powerhouse style had propelled such Partridge Family hits as “I Think I Love You” and “It’s One of Those Nights (Yes Love),” although he often caused trouble offstage, as when he rode down a corridor of Los Angeles’ swanky Hyatt House hotel on his tricycle.