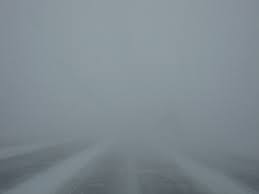 I’m no scientist, but the idea of man-made climate change has always seemed pretty plausible to me.  Pollutants generated by modern industrial society have been pumped into the planetary environment at such a rate for over one hundred years that something has to give; rivers, lakes, oceans and skies are the elements which “make” our weather, so it stands to reason that the chemicals we spew into them will eventually affect weather itself.

That said, living through the frigid temperatures of central North America this winter has tended to undermine the theory, insofar as a lay person like myself understands it. Meteorological experts emphasize that “global warming” may be something of a misnomer, and that the real consequences of anthropogenic pollution may be extreme temperatures in either direction, as well as more intense storms, droughts, floods, and so on.  A single cold snap, in other words, doesn’t refute the larger point that human activity is still slowly producing a greenhouse effect on the entire world.  Perhaps.  Yet it seems to me that the activists who have seized on climate change as a cause – almost a faith, it sometimes seems – are raising a very distant alarm about something that is actually more urgent.

To protest that our civilization of factories, cars, and consumption will lead to the flooding of coastal cities some decades hence is a little like saying that smoking cigarettes will lead to learning disabilities in one’s grandchildren, or that a diet of saturated foods will one day cause you to blow your clothing budget on XXL shirts and pants.  Those may be accurate forecasts, but smoking and saturated foods are unhealthy right now – scary predictions are beside the point.  Similarly, the insistence that fossil fuel use in 2019 will inexorably contribute to the melting of the polar ice caps later this century distracts from the facts that fossil fuels are already expensive, that they can be dangerous, that the effects of their extraction and use are unsightly, and that their uneven distribution around the world has led to widespread geopolitical conflict over the entire industrial and post-industrial ages.

For a long time those were the key complaints of environmentalists (“ecologists,” they were called in the 1970s), and the complaints were strong and substantial enough to drive some social and legislative change:  recycling programs, the banning of DDT and other chemicals, the rise of the organic food market, anti-littering campaigns, more energy-efficient vehicles, and so on.  But to introduce a probably valid but still unverifiable projection of future catastrophes into the environmental argument strains the rhetoric to, if you’ll pardon the term, an unsustainable degree.  Weather, of all things, is something no one really pretends to anticipate for longer than a few weeks.  It’s generally warm in the summers and cool in the winters; sometimes it rains when you want to have a picnic; sometimes it does’t rain when you want to grow a garden; sometimes, like today as I write, it’s pretty goddamn cold outside.  What it will be like in twenty, forty, or one hundred years – what kind of atmospheric conditions we’ll use for small talk with our neighbours or co-workers in 2044 – is, for most of us, an abstract concern.  Defining our political culture by whether a particularly envisioned tomorrow is believed or denied diverts us from addressing practical issues of today.

Again, I don’t mean to make light of serious science, or of the possibility that major human crises may some day result because of the way the human population has exploited and damaged the natural world.  We shouldn’t drive SUVs or crank our air conditioners; I hope soon that solar and wind power will become practical choices for individual energy users; and governments should encourage or mandate institutions to become carbon-neutral.  But to invoke a specter of irrevocable change happening to something we are usually content to measure in long, unchanging cycles strikes me as the wrong way to make the environmental case.  Especially when living through another winter when it’s -30 with the wind chill.