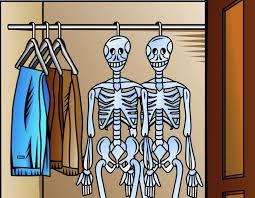 The satirical news site The Onion once ran a piece titled “Area Man Likes to Think of Own Past as ‘Sordid.'” “The low point probably came when I woke up on the couch at my friend’s apartment with my coat over me as a blanket,” the article quoted.  “I could barely even remember what had happened the night before.”  The joke, of course, was that the guy’s past was really pretty tame, even as he prided himself on a secret history of debauchery.  “There was this one girl,” he said, “I met her at a bar and we went home together. The next day, I was going to call her, but I realized I couldn’t even call information to get her number because I didn’t even know her last name. It’s probably a good thing we didn’t go all the way, or it might have turned into a pretty bad situation.” I totally got that.

Yet even though I’ve never seen armed combat, the inside of a jail cell, or my loved ones slaughtered in front of me, I sometimes find my thoughts drifting back to a self much less domesticated than that of the mild-mannered nobody contemporaries will recognize.  Are we all like this?  Occasionally I imagine a group photo of middle-aged co-workers, recreational league teammates, or proud parents of a graduating class, with telltale captions under each innocuously grinning forty-something face:  “Still owes money to a biker gang.”  “Was declared clinically dead for three minutes.”  “Trying to forget that time at that party.”  “Is tattooed on his perineum.” “Formerly managed valuable Colombian imports.” “Picture can be seen in an old issue of Swank.” “Has dabbled in Satanism.”  “Once blew a member of the Scorpions.”  And so on.

Me, I wasn’t always like this.  I can play the part of a civil citizen but there is a younger and less polite characterization who sometimes threatens to make a surprise cameo.  At the staff meeting:  “It’s true our department’s numbers are down this quarter, but really, what does that matter next the searing majesty of Tony Iommi’s solo in ‘Snowblind’?”  To the neighbour:  “I agree it’s a beautiful day, though not as beautiful as the glistening labia of Cassandra Lee, a stripper whose routine I was privileged to witness in 1991.”  To the service clerk:  “I’m afraid I’m not interested in signing up for your rewards program, though perhaps I’d be more curious after eight beers and some low-grade hashish.”  Online:  “Of course I’d be delighted to join your professional network on LinkedIn, but first I must request that you energetically fuck yourself, along with all your immediate relatives.”  That’s the old me peeping through the facade.

Should anyone care?  Probably not.  Unless you’re suffering from Post-Traumatic Stress Disorder or have gotten away with a serious crime, such private psychological hangups are pretty harmless.  It’s funny, though, to think how many people are walking around with these sorts of modest skeletons in their closets – skeletons which will probably never emerge, unless the people become international celebrities, decide to run for public office, or foolishly post them on a personal blog.  Who knows what evil lurks in the hearts of men?  The Shadow knows, along with the Internet, our consciences, our memories, and maybe God.   Our memories for sure, at any rate.