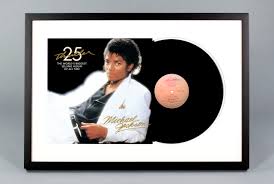 As someone who’s researched countless biographies, histories, and cultural analyses of rock and pop music over many years, and as a writer who’s contributed several of my own works to the same literature, I feel qualified to comment on some recurring clichés and unquestioned assumptions which characterize music criticism and music appreciation.  I like listening to a wide variety of pieces by a diverse range of artists, and I have a rough knowledge of music theory, but I am not really a connoisseur, a collector, nor (I hope) a music snob.  What I want to do here and in the next couple of posts is simply to look beyond the standard coverage of the performers and their achievements to examine some often overlooked realities of popular music as an industry, an art form, and an idea.

First, it’s seldom acknowledged that most of the songs retailed and enjoyed by the mass audience over the last hundred years have been the work of expedient studio assemblies, or “one-hit wonders,” rather than full-time performing acts.  As well, most of the live music listened or danced to by concert or club attendees has been by anonymous journeymen, rather than marquee attractions.  For every Hank Williams, Muddy Waters, or Joni Mitchell – famous artists whose careers can be readily evaluated – there were a hundred little-known, barely remembered singers and players whose work may have been just as meaningful to people who heard it.  The industrialization of music entailed a steady supply of relatively inexpensive content (you had to buy a radio but the stations came in free; a stereo cost much more than the discs or tapes played on it), such that only occasionally did any particular musicians become recognizable enough to be identified by reputation alone.  Indeed, from a business perspective a diva who sold a million records may have been no better an investment than fifty obliging instrumentalists who sold 20 000 apiece.  To assess pop music solely in terms of big names and acclaimed geniuses is to ignore the bulk economy of pop music itself.

Related to this misconception is the familiar language of chart rankings and sales numbers.  Contrary to publicity handouts, quantifying units sold or airplay requests is a highly inexact science; trade publications like Variety and Billboard (certainly for most of the Twentieth Century) relied on rough estimates tallied and weighted from a variety of sources, not scrupulous audits of record labels’ accounting departments.  Nor were the distorting influences of payola, cooked books, and organized crime ever fully eliminated from the music business, especially when so many sales transactions were handled in cash.  Largely an artificial construct, comparative statuses of sales also neglect to admit the logical fallacy that there must by definition always be a weekly “Number One” item being purchased, even if the total purchases of different Number Ones can vary widely over time.

While there’s no doubt that “chart-topping” records like the Beatles’ “I Want to Hold Your Hand” or Michael Jackson’s Thriller did sell many, many copies, an accurate sense of absolute figures may be obscured by such factors as radio rotation, television appearances, and other self-reinforcing markers of success.  At the same time, some material, including anthologies, Christmas or children’s music, and classical albums, may have been bought by more consumers over longer periods than competing records which sold greater volumes during a short blaze of media attention but subsequently fell from fashion – only the latter, however, are documented as Top Tens or Hot Hundreds.  Though labels’ Artist & Repertoire (A&R) staff definitely wanted hits and encouraged hit makers, verifying just what those constituted was almost as much a matter of instinct as of hard statistics.  These are some of the blind spots and truisms which music scholars are wise to remember.

Next week:  Music and Money