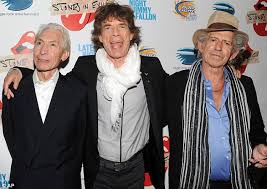 Another common fallacy held by music fans, music journalists, and too many aspiring musicians, is that popular recordings and concerts automatically bring lottery-like wealth to the artists.  While of course many well-known performers earned a lot of money, the history of the medium is replete with stars who ended up broke, or at least far less well off than the familiarity of their music would suggest.  In some cases they were actually cheated out of rightful payment for record and ticket sales, but in others they were simply compensated according to contractual terms which egregiously favored labels, publishers, or managers, agreed to when the musicians were naive hopefuls.  Many black American blues and soul acts were exploited this way, but in truth such sleazy manipulation has long been endemic across all branches of show business:  as a common adage has it, “[Superstar X] isn’t rich; the guy who writes [Superstar X]’s cheques is rich.”  Even when winning huge windfalls of income, famous artists frequently received no advice on investments or taxes, so they still found themselves deeply indebted when the party was over.  At its peak there was a great deal of money to be made in the music industry, but musicians were often the last to see any of it and the first to fritter it away.

Music celebrities might certainly appear to enjoy lives of spectacular indulgence, but again, many of their perks are charged against future royalties, or otherwise deducted from overall revenue; as actual lottery winners have discovered, sudden (usually unexpected) gains attract gold diggers and assorted vultures eager to skim off whatever bounty they can get away with.  In other situations, lavish lifestyles are afforded by teams of employees who can quietly clean up whatever social, financial, or chemical messes the celebrity makes, creating an illusion of unlimited freedom that turns out to have a hefty overhead. For most of us, earning a decent middle-class salary over a complete working life will make us wealthier in the long term than anyone who gets two or three years of smash hit records followed by an irrecoverable run of flops.

It’s also an industry standard that composers make money for all versions of an original work, whereas performers are only reimbursed for sales of the original recordings on which they appear (session musicians, like Wrecking Crew drummer Hal Blaine or Motown bassist James Jamerson, were paid per studio gig only, despite their contributions regularly defining hit tunes by credited songwriters and artists).  As a Rolling Stone, for example, Charlie Watts is entitled to a share of proceeds from Rolling Stones records, but his bandmates Mick Jagger and Keith Richards get significantly more by having their names listed as authors of “Gimme Shelter” or “Start Me Up” whenever they’re issued by anyone else or in any other format.

The visibility gained by live shows, tours, videos, and other promotions can be balanced by the costs of staging them, too, such that expanding an act’s market may actually represent a greater expense than any resultant grosses.  On the other hand, many artists nowadays find the pay-to-play agreements of live performances to be a surer source of revenue than the fine print of royalty deals from recordings sold.  In any case, an apparent surfeit of luxury might really be bought out of pocket to serve as a self-fulfilling prophecy, in hopes that living like a spoiled millionaire may boost one’s image enough to genuinely become one – nothing succeeds like success, or even the pretense of it.  In the end, when listening to or writing about popular music, we shouldn’t make the assumption that fame and fortune always go together.

Next week:  The Art of Pop Music