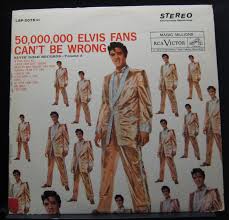 I once read an essay in a special edition of Life magazine on the history of rock ‘n’ roll, wherein the writer, discussing 1960s music, referred to “the detonation that was Aretha Franklin.”  Aretha was the Queen of Soul and an influential artist, but was her career really so explosive?  This kind of hyperbole – characterizing successful acts with a retroactive greatness out of all proportion to their real-world impact – is another common fallacy of pop music scholarship.

Pop music is all around us and most people are familiar with numerous songs and performers, but much of the writing and other commentary on the medium confuses that familiarity with an objective merit or an eternal endurance at odds with the economic and artistic imperatives of the medium itself.  Clickbait links to “The Top 100 Jazz Singers Ever,” “25 Albums Every Country Fan Must Own,” or “The Greatest Guitar Solos of All Time” (presumably including guitar solos from the Renaissance and Ancient Egypt) attempt to class relatively ephemeral achievements by historic criteria better applied to medical breakthroughs, landmark elections, or pivotal military battles.  Anyone appraising pop music’s significance should start by conceding its triviality.

This isn’t to say that popular music hasn’t shaped how many of us live and think; we can all pick performers whose lives and work still resonate widely, years after scoring their biggest hits (e.g., Aretha Franklin).  Placing professional entertainers into a broader social context than just their own industry is a legitimate project, especially since mass-marketed professional entertainment has been society’s background noise for the last century and a half.  But we have too often taken the marketing to be inextricable from the underlying artifact, the way we might quote a TV ad from memory but never buy the advertised item, or instantly identify the corporate logo of a commercial service we never use.  By definition meant to be promoted, pop music and its makers easily lend themselves to their curators’ infatuations, illusions, and overstatements.  Writing and thinking about pop carries the constant danger of descending into fandom – and staying there.

There are certainly many pop musicians whose talents warrant respect and analysis; there are, indeed, great guitar solos and essential country albums.  Yet again, are they great or essential by some absolute measure, or have they just grown on us over time?  How do we distinguish genuine excellence from mere celebrity, and with consumer culture should we even try?  Do we admire bold innovation more than learned technical fluency?  Rustic authenticity more than musical polish?  Deeply expressive personal statements more than dazzling instrumental proficiency?  Stratospheric fame more than cult devotion?  Or, with all of them, vice-versa?  50,000,000 Elvis Fans Can’t Be Wrong, declared the title of a 1959 compilation album by the King – who says they can’t?  Why is one listener’s primitive noise another’s sublime sounds?  By some formal standards, many “legendary” players are not particularly gifted, while, conversely, if an unknown with the exact abilities of a big-name musician you can’t stand showed up to play in your local club, you’d probably be pretty impressed.

In a 2013 New York Times article, philosophy professor Gary Gutting compared so-called highbrow, middlebrow, and lowbrow tastes to remind how “love of popular art is so easy, so comfortable, so insisted on by our commercialized environment that the less accessible world of high art is ignored.”  That accessibility has given us many wonderfully enjoyable songs and uniquely colorful performers, but it’s also served to generate a lot of truisms, clichés, and unexamined assumptions about the form which plague a lot of pop biographies and histories, along with a lot of private opinions.  Final lesson:  musicology and mythology aren’t the same thing.