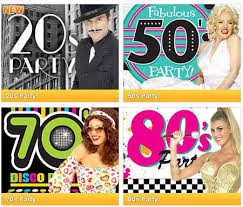 Here’s a brief illustration of the staggering randomness of contemporary culture, one which should refute the glib summaries often made of particular times, places, or populations.  I’m thinking of two Twentieth-Century American men, Midwesterners both, who grew up to have huge social influences.  Each came from emotionally strained family backgrounds, each served brief stints in the US military near the end of World War II, and each had talents for drawing.  As young men they both ventured into the publishing industry – one in newspapers, the other in magazines – in an age when print was a powerful medium holding its own against the newer formats of cinema and broadcasting.

Soon each man found success revisiting and embellishing his childhood and adolescence, yet here their trajectories diverged.  One became famous for his indulgence in a boy’s fantasy of adulthood, the other for his perspective on an adult’s regrets of boyhood.  The two never seem to have met; they lived wildly different lives and their personal values did not so much clash as only bear no relevance to each other.  Ultimately these two contemporaries had little in common, other than their wealth, their fame, and their simultaneous impacts on the thoughts and tastes of millions of people.

The moral here is that history, like people, is full of contradictions.  Seldom does the world progress in a single direction toward a single end:  usually a range of human instincts are conflicting with each other, within individuals and within civilizations.  Sometimes the conflicts are tragic.  The Nazis, it’s been said, “could weep over Wagner while they stoked the crematoriums.”  Elsewhere it’s just ironic how disparate developments and personalities intersected.  California’s blissed-out Summer of Love flowered under the governorship of Ronald Reagan.  The slave songs that formed the basis for the blues and jazz were being sung when Beethoven was composing his symphonies.  Leonardo Da Vinci and Vlad the Impaler were alive at the same time.  The Roman Republic formed when Gautama Buddha walked the earth.  Our drive to impose simple patterns on cultural observations is strong, but simple patterns they are nevertheless.  Whenever someone makes a sweeping pronouncement that begins, “The Fifties were…,” “The Eighteenth Century was…,” “America is…,” or “It was a generation of…,” we should remember all the contradictory evidence that’s probably been left out.

Oh, those two American innovators of the Twentieth Century, who were so philosophically separate but still equally significant?  Hugh M. Hefner (1926- ), founder of Playboy, and Charles M. Schulz (1922-2000), creator of Peanuts.  How about that.