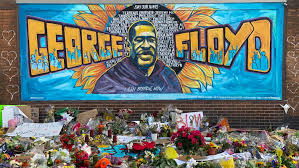 What is systemic racism?  I would imagine some useful examples to be the Nuremberg laws imposed in Nazi Germany in 1935, which mandated severe restrictions on the public and private activities of Jewish Germans, enforced by bureaucrats, police, and paramilitary units of the state.  There is also the Apartheid regime of South Africa from 1948 to the mid-1990s, whereby Black people’s rights of assembly, movement, and other actions were harshly reduced next to those of whites, an official policy enshrined in statutory language and administered by a succession of governments.  As well, most of us know about the Jim Crow laws and bylaws of the southern United States, entrenched in the decades after the Civil War, which dictated that Black and white citizens were to shop, travel, reside, be educated, and use public facilities physically separated from each other.  These regulations were finally overturned in a series of momentous court decisions and legislative accomplishments of the 1950s and 1960s.  During the Twentieth Century’s first half, quasi-legitimate housing and employment contracts discriminating by religion or race were common in Canada, the US, Britain, and other democracies.  Even today, some argue that defining full citizenship by ethnicity, as in Israel, China, and elsewhere, amounts to a form of systemic racism.

By these standards, neither Canada nor the United States is now a place where depriving non-white persons of freedoms is explicitly permitted by the nation’s political or judicial principles.  Both Canada and the United States certainly have dark histories of formal discrimination against people of color (among others), and certainly plenty of individuals currently hold negative opinions about people from outside their ancestry.  But “systemic” is not a synonym for “persistent,” or “diffuse,” or “low-level,” or “often perceived.”  Systemic is a precise adjective describing a codified complex of rules and processes which can be clearly understood and applied.  Like the terms “cultural genocide” or “rape culture,” “systemic racism” is lately used as a kind of jargon, meant to sound solemn and substantial but conveying only a vague idea.  It’s easy to say but a lot harder to conclusively demonstrate.

Of course, anti-racist rules and procedures are easily found at all levels of Canadian and American governance:  federal holidays, official commemorations by civic bodies, images on stamps and currency, public commissions and inquiries, academic curricula, professional accreditation, hiring policies, state, provincial, municipal or federal departments, and in the very text of the law, including both countries’ constitutional documents.  Whatever vestiges of systemic racism you want to detect, they must be balanced by their far more visible – and happily far more accepted – opposites.

There is something contradictory, too, in the number of teachers, social workers, and other certified (and compensated) anti-racists lining up on busy media channels to assert the ongoing severity of a problem their careers depend on denouncing – rather like the famous TV pundits with top-rated shows decrying media bias.  In his 2015 book Shame:  How America’s Past Sins Have Polarized Our Country, the Black writer Shelby Steele argued:

As the formerly oppressed move into greater and greater freedom, they are often more wedded to the the idea of themselves as oppressed than to the reality that they are freer than ever.  Their grievance against their former oppressor is leverage, entitlement, and even self-esteem within the larger society.  It is power.

This isn’t to say that sporadic, haphazard, casual instances of racism don’t happen all the time.  Nor is it to deny that some people in positions of authority, all the way from beat cops to Prime Ministers and Presidents, have exhibited tasteless or ugly or even homicidal signs of their personal prejudices.  But that’s not the same as the systemic racism now being so glibly, and unhelpfully, invoked.  Before we make such a sweeping indictment of an entire society and a whole population within it, which will only prod the innocent and the harmless into a resentment they don’t want to feel, remember that words, like lives, matter.