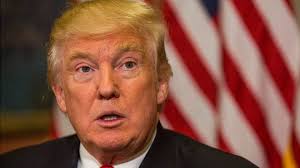 Like hundreds of millions of other people around the world I followed the US election closely.  As the numbers came in on November 8 I grew increasingly anxious and upset, as the surprise victory of Donald Trump and the Republicans appeared inexorable.  But then I caught myself, and realized that I hadn’t been this stressed over any competition, and so heartbroken by its result, since the Montreal Canadiens beat the Boston Bruins in the Stanley Cup finals in 1977, when I was ten years old.  It dawned on me that the American presidential race had a similar element of spectacle about it, and that my rapt attention to it – especially as a non-American – was likewise disconnected from any real impact it might have on anyone’s life, even in the US.  Bear with me here.

No doubt, Donald Trump is a staggeringly un-presidential President-elect, and there is much to lament in the US descent into a postindustrial banana republic; imagine Silvio Berlusconi’s Italy reborn as a nuclear-armed superpower, and that’s the new America under a Trump administration.  Yet in the aftermath of the 2016 contest is a sense that, if a blowhard reality television star can ascend to the nation’s highest office, then the office itself can’t be that important.  Perhaps the job of POTUS is going the way of the network news anchor:  a position that once held huge authority and influence but which lately seems anachronistic.   In the era of JFK and Walter Cronkite, or of Ronald Reagan and Dan Rather, both roles were fixtures of popular trust and respect, but they have gradually become merely two more participants in an atomized feed of celebrities, pundits, and “media people” who can either be followed or ignored, depending on your personal digital algorithms.   Terms like “politainment” and “Entertainer-in-Chief” were already being bandied about during the Bill Clinton years, when the occupant of the White House was as famous for his sexual habits as his policy goals – now that element of titillating the national interest, rather than advancing or retarding it in any meaningful way, is central to the American presidency.

Of course, Hillary Clinton was a substantial candidate with serious ideas about governing, just as Barack Obama, and for that matter Mitt Romney, John McCain, George W. Bush and Al Gore also were.  But they were also personalities expected to play parts, e.g. strong leader, historic unifier, elder statesman, glass-ceiling-shatterer, et cetera, as much as actually make decisions and enact legislation.  They were public figures as much as they were public servants.  The endless election coverage, the constant focus on “gaffes,” and the prime-time convention and debate specials reinforces this theatrical quality, something that lately worked in Trump’s favor, however damaging to him the coverage, the gaffes, and the conventions and debates looked at first to be.  In his visionary 1998 book Life the Movie:  How Entertainment Conquered Reality, Neal Gabler wrote that American politics had become a kind of epic film on permanent exhibition:

Candidates were the putative stars, the primaries open casting calls, the campaign was an audition and the election itself was the selection of the lead…As for substantive issues, though they couldn’t be purged entirely, they largely became what film director Alfred Hitchcock, in a discussion of his plotting, once called macguffins – that is, they are the excuse for setting the whole process in motion though they have virtually no intrinsic value.

The fact that Michelle Obama has already been mentioned as a potential president in 2020 further suggests that the title of American Chief Executive may devolve into a hereditary station, not quite ceremonial but not earned purely on civic merit either; after all, Clinton herself, for all her ability, had the advantage of being a former First Lady, with all the recognition, organization, and access to the mechanics of power that went with it.   And so Donald Trump, despite being manifestly unequal to his new responsibilities, may only end up proving how frivolous those responsibilities have become.  For the next four years, then, just keep telling yourself:  it’s only a movie.