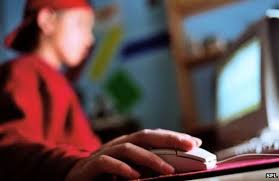 If there is a dominant socio-cultural trend of recent years, it’s the prominence of LGBTQ awareness among adolescents.  Kids today are accepting homosexuality, even celebrating it, in ways their parents and grandparents never thought possible.  High schools have Gay-Straight Alliances, author Dan Savage’s 2012 book It Gets Better advises youngsters on coming out, LGBTQ-related films including Brokeback Mountain, Carol, and Blue Is the Warmest Color win broad acclaim, and popular Young Adult novels like Shadowplay and Fan Art sensitively explore gay themes.  Yet it’s odd that juveniles are being taught to admire one kind of sexual expression just when they are being warned of the grave threats surrounding another.  That expression is, of course, pornography.

Well and good.  So how, then, are the relentless depictions of gay or transgender issues in contemporary media any different?  Like pornography, these make relatively unusual sexual practices seem common; like pornography, these present a range of personal options many readers and viewers hadn’t hitherto imagined and which they may well have been better off not imagining at all.  With both porn and LGBTQ campaigns, the message is that sex is more important than anything else in life, and that identifying and stimulating a private sexual taste is a fundamental social entitlement.  These are daunting and possibly dangerous ideas to introduce to any fifteen-year-old, whether via illicit peeks at a laptop or state-sanctioned lessons in the classroom.

It’s true, certainly, that some people are attracted to members of their own sex, just as some people enjoy and benefit from looking at sexually explicit materials.  Fine; neither inclination ought to be judged.  There is great damage to be done in classifying homosexuality and pornography as “deviance” or “obscenity,” as both were in the not-so-distant past.  But there is also damage risked in the mixed signals we are currently sending to the next generation – that same-sex love is good but sexy pictures are bad, that we must embrace all kinds of sexual preference but reject any kind of sexual fantasy, and above all that our most inward impulses are matters of the widest public concern.  Are they really? Is it progress, when both adults and adolescents devote so much of their intellects to discouraging some physical feelings but promoting others, and so much of their energies toward determining which types of desire to favor and which to deplore? We should remember, finally, that sex could be fulfilling long before Jenna Jameson or Horny Housewives IV were required to spice it up, and that people could be content in their identities long before Dan Savage and Brokeback Mountain were around to persuade them that they weren’t.  Either we denounce both porn and gay-positive culture together, or accept them both equally, but it can’t be only one and not the other.