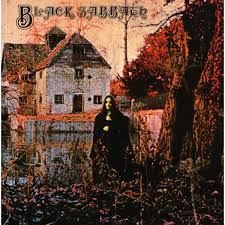 A longstanding mystery was recently solved by Rolling Stone journalist Kory Grow, who tracked down and interviewed the woman posed in a witchy outfit on the jacket of the classic 1970 record Black Sabbath, the veteran British rockers’ debut.  The model, one Louisa Livingstone, had never before been identified – some had speculated she was a real witch – and admitted in the magazine piece that the pioneering heavy metal of Black Sabbath, for whom she’d served as a kind of mascot-cum-pinup for decades, was “just not my kind of music.”

Who?  What?  Why should anyone care?  Like so much else in pop culture scholarship, the Black Sabbath revelation amounts to a footnote of a footnote of a footnote:  an incidental detail about a marginal element in a much broader history, involving the entertainment industry, recording technology, and an affluent youth market. Granted that Sabbath were influential within their field and that their first album has sold over a million copies, uncovering the name of the person in the cover photograph does little but settle a trivia quiz for aging headbangers.

Yet there is significance in the story, nonetheless, insofar as it tells us something about an inherent tension in popular culture itself.  Records like Black Sabbath were commercial products retailed for mass consumption in a competitive business; most similar products were commercial failures.  The people making and promoting the discs – not just the musicians but the label executives, the radio DJs, the music writers, even the music shop employees – knew that the material they were working with was largely disposable, and that a here-today-gone-tomorrow imperative hovered over all they did.  A rock album that sold in quantities enough to generate its own mythology over fifty years is an extraordinary fluke, next to hundreds or thousands of others which were long forgotten, but those forgotten albums still represented the bulk of the industry itself.  Delving into “the story behind” a well-known TV episode or movie scene or album cover is both legitimate research and obsessive fandom, whereby small but hardly secret facts are documented and analyzed far more closely than casual observers, and original participants, might deem worthwhile.

Thus the offhand dismissal of Louisa Livingstone has been echoed by countless other creative figures, whose one-off performing, acting, illustrating or modeling gigs long ago have since been turned into timeless achievements:  “I thought it was just a simple song”; “We didn’t think we were doing anything special”; “I never expected it would become what it has,” et cetera.  That doesn’t mean they were all cynics knowingly serving up inferior work to uncritical consumers – it’s just that most of the time their minds were on short-term considerations of turnover, trends, and prevailing formulae, rather than long-term measures of artistic quality.  If they had a good day producing usable output that fulfilled a contract or satisfied investors, fine.  Making masterpieces, to be reverently studied by future generations, was never part of the job.

No doubt a similar pragmatism sometimes obtained in earlier centuries, among court composers, royal portraitists, or the scuffling theater companies of Elizabethan England, but the advent of popular media like cinema and recordings really made it central to the creative process.  Ever after, the difference between a hit and a flop has been not just a matter of talent and originality, but the whims of the public, and the assembly-line efforts of an entire collaborative team.  So the Black Sabbath jacket might not be worth remembering without the music on the record; but then again, the music might not have been so memorable if it hadn’t been packaged in such a presentation.  Who knows?  Where does objective merit end and retrospective bias begin?  How does “legendary” differ from merely “familiar”?  We’re left to find an awkward balance between appreciating craft and acknowledging commerce, between recognizing inspiration and crediting luck, between celebrating what we too readily call iconic and conceding what we too rarely understand to be hype.  One man’s trash may be another man’s treasure, but curators of treasure ought to at least know about the manufacture of trash.