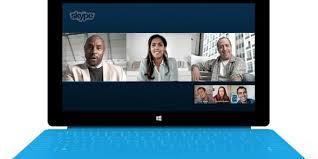 One thing which will likely survive the current pandemic, and which is lately thriving, is the video medium of the talking head.  Television, documentary film, and digital technology all rely on formatted onscreen representations of individuals saying stuff:  the images are so familiar to us we no longer notice their contrivance, nor their significance.  Andy Warhol’s envisioned future of everyone getting to be famous for fifteen minutes might be slightly amended today.  In the present, everyone gets to discourse in front of a camera for as long as they want.

Watch a random selection of news programs, reality TV, or YouTube videos, and you’ll soon notice the clichés of interview-speak, a kind of performative slang unconsciously adopted by everyone positioned in front of a studio lens, no matter who and why.  The verbal tic of “So,” for instance – “So, with the corona virus, we’re attempting to flatten the curve”; “So, the impact of social networking on political activism has been profound”; “So, we’re seeing a rapid increase in carbon emissions”; “So, the popularity of polyamorous relationships has grown exponentially.”  Another habit is “You have” – “With the corona virus, you have a real need to flatten the curve”; “With the rise of social networking, you have this profound impact on political activism”; “Right now you have this rapid increase in carbon emissions”; “Right now you have this exponential growth in polyamorous relationships.”  No doubt some expert guest on some channel has already uttered a sentence like, “So, with the rise of carbon emissions and social networking, you have this real need to flatten the curve of polyamorous relationships.”

Then there’s the familiar trope of placing a reporter or source before a scene of whatever distant locale they’re speaking from – the White House, the Parliament buildings, an urban skyline – even when the picture is really just a static backdrop in a windowless office that might be anywhere.  The late Christopher Hitchens, frequently interviewed on many networks, enumerated further conventions:  “Most interviewers know that you positively want to be on their shows, either to promote a book or explain yourself, or just to avoid having to shout back at the TV.  So Charlie Rose, for example, knows you won’t dry up when he opens by saying, very firmly, ‘Your book.  Why now?'”  And talk show legend Dick Cavett questioned the very premise of his own profession:  “Why should people pay for a machine that will show them people talking, when they can get real people to talk to them and even join in themselves?…I have a dream in which I say to the Messiah, who has appeared and consented to an interview, ‘I’m sorry to interrupt, Jesus, but we must pause for this last commercial.'”

Even more scripted videography uses a pseudo-spontaneous interview construct, as when a human subject is framed to one side or in profile and appears to answer an unseen interrogator with a stream of expository information, when they are in fact merely reciting memorized lines or reading from a prompter.  Somehow, since the parameters of the genre were established by Barbara Walters and 60 Minutes, we assume that the closeup or medium shot of one person’s “response” to another equates with integrity, openness, or raw candor, no matter what is actually said.  Sincerity is the key, runs the aphorism – once you can fake that, you’ve got it made.

In 2020, Skype affords anyone with a laptop the opportunity to converse as a talking head, whether to communicate with remote loved ones (as during the present crisis), or to check in at the office (ditto), or even appear on television, once your “feed” is properly hooked up to the contacting broadcaster.  All the world’s a green room, and each of us must await our spot bantering with the host.  Interviews of all kinds and for all purposes will no doubt continue far into the electronic future; our recognition that the interview setup is an artificial device, bearing precious little relationship to ordinary personal conversation, may not.