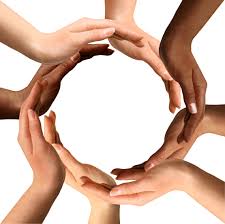 My opinions as a middle-aged straight white guy, I’m sure, often veer into the curmudgeonly and the petulant.  It’s true that being annoyed by piped-in hip-hop at the mall is not the same as being lynched, and being told you are a racist when you are a good person is not the same as being treated like property when you are a human being. But it sometimes feels to me that we have increasingly come to assess our society according to its alleged intolerance – who commits it, and who is a victim of it – more than any other standard, and to define justice according to an endless line of supposedly marginalized groups being granted their overdue rights.  Whether these paradigms can obtain for another twenty years, or five, is questionable.  Progress is always change, but change is not always progress.

Let’s be clear, first of all, that when we extol the virtues of “diversity” we don’t mean more elderly Afghan pop singers, more Amish tech moguls, or more paraplegic extreme sports athletes.  We mean fewer heterosexual Caucasian males in traditional positions of authority and influence.  I’m totally fine with that, at least as long as we are up front about it – as long as we don’t use “celebrating difference” as a euphemism for “social engineering.”  As the Nation contributing editor Marc Cooper wrote in a 2005 Atlantic essay, “Diversity should be much, much more than a code word for racial affirmative action.”  Contriving a limited set of boxes to tick on census or application forms reduces the infinite range of individual idiosyncrasies to a benevolent sort of caste system: an altruistic apartheid.

This is not about rolling back anyone’s gains.  Rather, it’s about not rolling them forward, such that we must live under a permanent regime of including the formerly excluded (however they define their exclusion) and vilifying their putative oppressors (however tolerant they thought they already were). Indeed, it sometimes seems as if the numerous variants of LGBTQ descriptors derive less from genuine human typology as from a quest for otherwise comfortable people to reinvent themselves as persecuted minorities.  The African-American civil rights campaigns of the 1950s and 60s demanded treatment as equal citizens despite superficial differences, whereas today’s movements on behalf of “otherness” appear to demand different treatment because of equal citizenship.  That is, the more unconventional you are relative to everyone else, the more everyone else is obligated to support your unconventionality.  The civil rights marchers didn’t want to be disadvantaged by the color of their skin, but contemporary activists don’t want to be disadvantaged by anything at all.  Under this ideology, personal identity – no matter how personal – is owed the full protection of the state.

Here is the latest iteration of the unwritten but often implied principle that “everything not prohibited is compulsory.” Of course it’s okay to be different; it shouldn’t have to be preferable.  Because it’s (rightly) illegal to discriminate against certain categories of people, we observe the law by discriminating in their favor:  highlighting their achievements, lamenting their historic suffering, and congratulating ourselves for our eager acceptance of them into every sphere of life.  Yet this promotion of diversity for its own sake, as if too many similar kinds of folks in any organization is an irredeemable social wrong, misses the point of what true justice and fairness mean. Diversity is not a moral measure, but empathy, decency, and charity certainly are. Natural, spontaneous diversity within society, wherein citizens from all walks of life can work and get along together despite contrasting origins, outlooks, and numbers, is certainly a healthy thing. Mandated, manipulated, thumb-on-the-scale diversity, on the other hand, wherein race, religion, ethnicity, gender, and sexuality are rigorously gauged and politicized, is less so.  Really, it is not differences we need more of, but the willingness to transcend them.