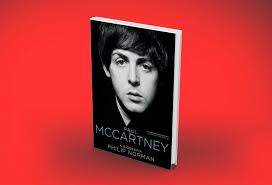 Philip Norman taught me to write.  Rather, his two best nonfiction titles, Shout! The Beatles In Their Generation (1981) and Symphony For the Devil:  The Rolling Stones Story (1984, also called just The Stones), were groundbreaking achievements in elevating rock biographies to an emotional maturity and literary sophistication they’d never before reached.  Norman’s latest book, Paul McCartney:  The Life (2016), shows how he is still meeting the reportorial and critical standards he originally set.

With Shout! and Symphony For the Devil, Norman was the first writer to describe famous rock musicians not as a gushing fan or dirt-dishing insider, but as a cultured adult.  He didn’t assume a partisan audience of collectors and completists; he wrote for people who weren’t necessarily dedicated Beatles or Stones followers but who were knowledgeable about art, politics, journalism, and the class structures of Twentieth-Century Britain. Through Norman, rock ‘n’ rollers’ successes were put into a perspective beyond chart ranking and deejay mythology – of the personal connections between the Beatles and the Stones in the mid-1960s, he wrote in Symphony,  “Being so famous that one constantly risked being torn limb from limb was a predicament that no one else knew so well. Likewise, the predicament of being showered with pocket money, while at the same time, being vaguely aware that one was not half so rich as one might think.”  No one until then had characterized the phenomenon of rock stardom with such human insight.

As a prose stylist, Norman builds sentences and paragraphs with an ear for rhythm nearly as acute as that of the musicians he appraises.  Whereas the earlier crop of rock historians mostly tended to report hit songs and band memberships in the stenographic language of promotional handouts, Shout! and Symphony gave the stories an almost tragic dimension, covering key episodes like the deaths of Brian Epstein or Brian Jones with an elegiac tone hitherto used only by novelists or social essayists.  If you want to read some examples of Norman’s influence on later rock biographers, who’ve themselves tried to combine clear-eyed detachment with lyrical diction, start with Jimmy Page: Magus, Musician, Man, and other works by George Case.

Norman’s new bio reconsiders Sir Paul after negatively casting him in Shout! as a lightweight composer and calculating careerist.  Here, McCartney is judiciously evaluated as “a modern Gershwin…[the creator of] pop music’s equivalent of the works of Shakespeare…Paul belongs to an ever tinier elect…who seem made of music more than of flesh and blood.”  Norman doesn’t give much space to the technicalities of his subject’s art – for that, turn to Ian MacDonald’s Revolution In the Head – but he is as smart as ever at seeing through the fog of celebrity privilege and tabloid media that renders so many superstar lives unreadable for literate observers, and which any serious biographer now has to penetrate in living up to his example.  As with Paul McCartney himself, it’s good to see that Philip Norman continues to lead the genre he reinvented.

Just one complaint.  In detailing the 1968 release of the two-record The Beatles, Norman somehow let this sentence go unrevised:  “Yes, there had been huge anticipatory audiences for other records, other long lines waiting for record stores to open, other dashes home to audio equipment like the diarrhoea-smitten to toilets.”  That’s got to be the only time the White Album has been compared to gastro-intestinal distress.