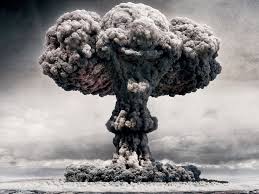 One of our enduring pictures of the Cold War between the West and the Soviet Union is of the standoff’s nightmarish strategy of Mutual Assured Destruction, or MAD.  This posture was premised on the rough parity between the American and Russian nuclear arsenals, and their retaliatory potential:  you may launch a first strike and completely wipe us out, the superpowers effectively said to each other, but not before our missiles and bombers are sent on their way to your country in response, and you will suffer the same fate.  Equal parts deterrent and death wish, it was a plan both chillingly technocratic and ridiculously haphazard in its inception.  The MAD idea underlay the dark satire of Stanley Kubrick’s Dr. Strangelove and the straight-faced horror of a rival film, Sidney Lumet’s Fail-Safe, and in popular culture it has become a virtual shorthand for the Cold War itself.

Yet there are two widely held myths about MAD that are significantly at odds with the term’s true origins.  Contrary to legend, Mutual Assured Destruction was not the official designation of American policy on nuclear weapons:  the sanctioned usage was “Assured Capability of Destruction.”  Of course the principle was the same – neither side would survive an atomic war, even the one that got in the initial blow – but, while the US military can do some pretty foolish things, it was not so foolish as to give one of its central doctrines a title so easily lampooned.  In fact, “MAD” was coined by Donald Brennan, a specialist in arms control from the US Hudson Institute think tank, in a pair of essays he published in the New York Times in May 1971 (several years after Dr. Strangelove and Fail-Safe).  “I believe that the concept of mutual assured destruction provides one of the few instances in which the obvious acronym for something yields at once the appropriate description for it,” Brennan wrote; “that is, a Mutual Assured Destruction posture as a goal is, almost literally, mad.  MAD.”

The second misconception about MAD follows from the first.  It was certainly crazy that both the US and the USSR were locked in their You’re-going-down-with-me concepts of security, which would have probably resulted in the deaths of several hundred million people (if not every human being in the world) had they been applied.  But Donald Brennan was no peacenik.  The characterization of MAD derived from his advocacy of a strategic defensive system:  “There is much controversy about just how effective defense (such as ABM [anti-ballistic missiles]) can be made against current offensive forces,” he observed.  “However, there is very little controversy over the fact that defense can be made quite effective if the opposing offense is held down or actually reduced, while allowed defense is built up.”  Brennan was denouncing MAD not as a pacifist, but as a realist.  He argued, “The Defense Department should be more concerned with assuring live Americans than dead Russians,” adding, “In terms of possible strategic nuclear wars, we should be able to do about as badly unto the Soviets as they can do unto us.”

It’s ironic, then, that MAD is now invoked as a general indictment of the entire Cold War, when it was really intended as a criticism of America’s vulnerability in waging it.  What was mad about the existing scheme, in Brennan’s view, was that it made no provisions for guarding US civilians from an assault by the USSR, even though such provisions might have made nuclear war a less “unthinkable” option to US leaders.  Indeed, shortly before his death Donald Brennan was tapped by a Republican presidential candidate to work as an advisor on nuclear arms – the candidate was Ronald Reagan, who later proposed the Strategic Defense Initiative (“Star Wars”), meant to protect the US from Soviet attack just as Brennan had recommended, and which detractors saw as a dangerous escalation of nuclear brinksmanship.  But the man who invented the phrase Mutual Assured Destruction never served under Reagan.  In his own private act of madness, perhaps out of the same self-destructive impulse he opposed in his government, Donald Brennan took his own life with a shotgun on April 18, 1980.