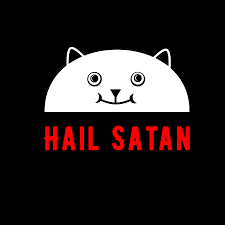 To promote my 2016 book Here’s To My Sweet Satan:  How the Occult Haunted Music, Movies, and Pop Culture, 1966-1980, I’ve joined a number of Facebook groups whose members might make a receptive readership: Satanic Majesty, Satanic Philosophy and Education, The Occultism Community, et cetera.  Admitting up front that there’s something bizarre about self-described occultists interacting on the world’s most extensive social network (the word “occult” derives from the Latin for “hidden”), and that Facebook itself is hardly conducive to sharing deep thoughts or nuanced arguments, the exchanges among these various organizations have exposed the fundamental contradictions at the center of their strange creeds.  In the Twenty-First century, why would we bother defaming the doctrines of the Fifteenth?

Historians now admit that, for all the persecution of falsely accused “witches” in the Middle Ages and early Renaissance, tiny sects of nonconformists may have indeed practiced some form of Devil-worship during the period.  After all, in a culture wholly dominated by religious authority, God’s archenemy would have been the ultimate – the only – symbol of rebellion for ordinary folk.  Later on, a few confirmed episodes of Satanic rituals turned up in the court of France’s King Louis XIV, and in the late 1800s sporadic accounts of blasphemous and highly sexualized Satanic ceremonies figured in the French occult revival.  Satanism is, or was, a real thing.

In 1966 San Francisco’s Anton LaVey (nee Howard Stanton Levey) inaugurated the Church of Satan, a sort of Halloween-themed swinger’s club registered as a formal religion for purposes of tax avoidance, which became the prototype of most Satanic associations established since.  Unlike the older cells, which constantly dodged ecclesiastic and secular law, the C of S courted all the publicity LaVey could find, through books, films, records, and even his appearance on The Tonight Show in 1967.  Today’s Satanists revere LaVey for his pioneering message of guilt-free hedonism, his unapologetic rejection of hypocritical church morality, and especially for his indiscriminate appropriation of occult motifs – pentagrams, black candles, horned gods, nude women – to scandalize the squares.

It’s that latter quality that seems to most arouse the eclectic mix of LaVeyan, Luciferian, and Deist Satanists I’ve found posting on Facebook, along with assorted Wiccans, Goths, and Thelemites.  Even the allegedly atheistic Satanists spend more time promoting grotesque demon tattoos, sexy nun costumes, and pornographic pictures of Jesus, rather than anything resembling the sober materialism of Richard Dawkins, Michael Shermer, or the late Carl Sagan. To their credit, some Satanist organizations have put their symbols and other paraphernalia on public display in various localities, challenging officials to either accommodate their faith among all others, or rigorously enforce the divide between church (any church) and state. More often, though, contemporary Satanists want to have it both ways:  Christian belief is nonsense, they assert, then revel in violating the very precepts no one but Christian believers still take seriously.  Iconoclasm only works with viable icons.  What was punishable by death in medieval Europe, an affront to public decency in La Belle Époque, and provocatively kinky in the Summer of Love, has now become a rather pointless exercise in self-congratulation and shock effects.  But hey, if your idea of religious freedom leads you to get naked and bow down before a goat statue, I guess you can do whatever the hell you want.

2 thoughts on “Devil Take the Hindmost”