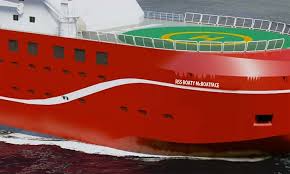 In 2016 the British government was forced to nullify the results of an online vote to name a new naval vessel, in which the unfortunate designation “Boaty McBoatface” emerged as the people’s choice.  This embarrassment echoed a similar story from 2004, when the Canadian Broadcasting Corporation held a survey to determine the greatest Canadian of all time; for a while it appeared that the title would be taken not by historic figures like Sir John A. MacDonald or popular heroes like one-legged marathoner Terry Fox, but by blowhard hockey commentator Don Cherry.  Something similar may have happened with the inexplicable popularity of Donald Trump.  In each case, the inanity of the outcomes demonstrates how the instant, impulsive nature of expressing personal preferences – so ubiquitous in this age of Facebook likes and other Internet ratings systems – has made obsolete the sober deliberation long assumed to underlie electoral democracy.

Today we live with expectations of commercial, political, and moral immediacy that were unimaginable when the principles of secret paper ballots, bicameral legislative bodies, and parliamentary procedure were being devised two hundred years ago.  Even if the current apparatus of US primary nominations is an archaic network of delegates and committees, the digitized emotions driving the races are entirely contemporary.  In his landmark Amusing Ourselves to Death (1985), media theorist Neil Postman noted how the 1858 debates between Abraham Lincoln and Stephen Douglas were conducted with an intellectual rigor few voters and fewer candidates could withstand in a post-literate age:

Is there any audience of Americans today who could endure seven hours of talk? or five? or three?  Especially without pictures of any kind?…[T]hese audiences must have had an equally extraordinary capacity to comprehend lengthy and complex sentences aurally…[Douglas] claimed that his appeal was to understanding and not to passion, as if the audience were to be silent, reflective readers, and his language the text they must ponder…

The problem, then, is that we are applying Twenty-First-Century forms of discourse to a Nineteenth-Century form of governance, leaving us vulnerable to our endlessly distracted, attention-deficient judgments.   Further, we have reduced the actual process of selecting leaders and enacting laws to what Neal Gabler called “politainment” – an ongoing theater of winners and losers, gaffes and photo ops, scandals and “-gates,” which few people connect with anything impacting their daily lives or livelihoods.  Political opinions might remain strong, but in the same way that opinions on favorite athletes or celebrities are; they are indicative of our vague “values” rather than of any tangible needs or purposes.

Yet even as we lament an erosion of democracy, the fact remains that we have a lot of it – so much so that we cheapen it with overuse.  In most western nations, citizens have fully three levels of representation (municipal, regional, national) through which to voice their concerns, and in some places you can legally smoke cannabis while being joined in legal union with your same-sex partner, just before legally undertaking a physician-assisted suicide. Whatever that is, it isn’t repression as we’ve typically thought of it.  Such is our abundance of “rights,” that we exercise them to satisfy not fundamental ideals of truth and justice, but fleeting instincts, private appetites, and spasms of annoyance, irreverence, and spite.  Thus Boaty McBoatface.  Thus Don Cherry. Thus Donald Trump.