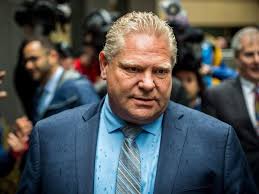 It’s true that far more people are exposed to advertisements than the numbers who purchase the advertised products; far more men have looked at pornography than have ever sexually assaulted women; far more teens have played violent video games than have gone on shooting rampages at their schools, and so on.  Yet it seems equally plausible that we are still moved, in much subtler ways, by the messages we receive from popular culture:  most of what we buy we’ve at least heard about through marketing; our visions of romantic ideals have been informed by images of attractive celebrities; our responses to news of crime or terrorism have been dulled by lifetimes of action movies and police shows.  What’s in question is not the extreme reactions of a handful but the unconscious assumptions of millions.  Wherever they come from, the messages do sink in.

In the same way, private feelings about intimacy and desire are probably not all built into individuals from birth.  Good and bad personal experiences, healthy and unhealthy guidance from parents and peers, positive and negative role models from show business, and facts emphasized or omitted by elementary or high school teachers, surely play a role in everyone’s development.  Much of the objection to Ontario’s now-withdrawn sex-ed program was built on a squeamish but sincere belief that exposure to certain practices or lifestyles would “normalize” them to kids to whom they might never have occurred.  The curriculum’s sponsors had a tricky argument to make:  in one sense, normalization was exactly their intent, so that gay students didn’t feel isolated and gullible students didn’t share nude photos over their phones – but advocates were also quick to say the courses were only mirroring outside realities which adolescents would sooner or later encounter anyway.

Well, which was it?  Are some behaviors indeed already normal in these times, or should we treat them as if they are becoming so, just in case?  Should school boards catch up to address what they consider ordinary children’s needs, or should they try to anticipate how some extraordinary children’s needs might evolve?  Does every teenager face an inevitable decision of whether to send an explicit selfie?  Will every Grade 12 girl risk contracting an STD?  Have generations of fifteen-year-olds agonized over which of several sexual orientations best applied to them?  Though there’s a chicken-or-egg implication here (which came first, the popular attitudes towards sex, or the pedagogical fashions for teaching it?), an ice-cream analogy may be more apt:  at McDonald’s, most customers are content with the selection of chocolate, strawberry, or vanilla, but at Baskin-Robbins, the same patrons may opt for butterscotch-raspberry-pistachio swirl.

In other words, it’s hard to believe that inexperienced young people can’t be steered, to some degree, toward otherwise unthinkable ideas imparted to them by their media and their educators.  No matter how neutral the language, the effect is to promote.  Sex education guidelines may not constitute a deliberate policy of recruitment by pharmaceutical companies, LGBTQ lobbies, or fellatio enthusiasts, but only the very innocent or the very cynical can imagine they’re no more than an objective reflection of pre-existing sexual standards.  The birds and the bees are not as straightforward as the three Rs – two and two have always made four, but tomboys weren’t always nonbinary, condoms weren’t always available in pretty colors, and Johnny never used to have two dads.  If the taboos of 1990 are perfectly natural in 2018, who’s to say that what’s perfectly natural in 2018 won’t be hopelessly prudish in 2040?  Whatever study modules about sex are legislated in Ontario today, let’s not kid ourselves that they won’t have unintended consequences for the sexual habits, and sexual hang-ups, of tomorrow.

2 thoughts on “Teach Your Children Well”