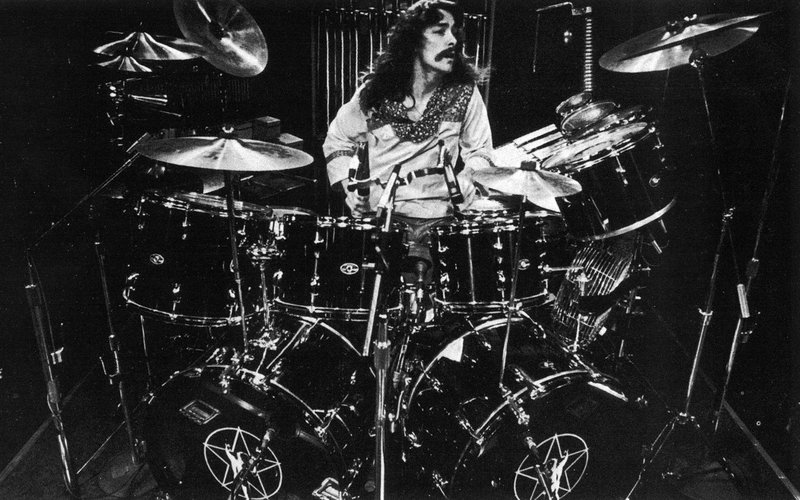 I can’t claim to be the world’s biggest Rush fan, but I like a lot of their music:  one of the first records I ever bought was a 45 of “New World Man,” I have “Subdivisions,” “Anthem,” and “The Temples of Syrinx” scattered across numerous mix cassettes, and I enjoyed the concert I caught on their Roll the Bones tour in 1991.  My spouse, for her part, owns vinyl copies of every one of the group’s albums up to Grace Under Pressure.  Like millions of listeners – and millions of Canadians – on January 10,  2020, we were saddened to hear of drummer and lyricist Neil Peart’s death.  Peart and Rush represented an ideal of rock ‘n’ roll artistry that is probably irretrievable today, and an ideal of pop celebrity unusual even in the trio’s heyday.  Reflecting on the 2016 passing David Bowie in a previous post,  I suggested that the expiry of sixty- and seventy-something rock legends is something we should be getting used to, but Peart’s loss hits harder than most.

For all the celebrated literacy of Peart’s verses, Rush were much more of a people’s act than fellow Canadians Leonard Cohen or the Tragically Hip – the deaths of Cohen in 2016 and Hip vocalist Gord Downie in 2017 occasioned much eulogizing among the chattering classes, but Rush reached a far bigger international audience of small-town teenagers, suburban working stiffs, and dedicated music buffs.  Frequently scorned by the cultural cognoscenti, no one but the public appreciated how the instrumental chops of Peart, guitarist Alex Lifeson, and bassist Geddy Lee combined the meticulousness of fusion with the crowd-pleasing power of heavy metal.  In the community of rock, Rush always reminded me of the quiet, bookish guy at a party who turned out to have a black belt in karate and who sold hash; unlike a lot of their peers, Rush didn’t need to act superhumanly  sexy or badass, because their obvious talents were intimidating enough.

Not everyone bought it, to be sure.  Peart’s godlike status to thousands of amateur drummers once got him labeled as the “king of the basements,” and another critic wrote that Peart’s lyrical allusions to Ernest Hemingway and Ayn Rand introduced fans to the authors the way only a self-educated, self-serious young rock performer could have done:  “incorrectly.”  On an episode of the Canadian comedy series Trailer Park Boys (in which Alex Lifeson had a guest spot), Ricky LaFleur dissed Rush songs about “trees talkin’ to each other.”  Even Peart’s popular books of travel writings, such as The Masked Rider, Traveling Music, and Far and Away, seemed more for Rush completists than average readers; the novelty of a rock legend who could speak and compose intelligent sentences sometimes outweighed the interest of the sentences themselves.

Yet it was precisely that novelty that we valued in Peart and Rush.  In an interview, he once admitted that rock ‘n’ roll drummers are usually perceived as “dumb people who hit things,” despite sharing with writers the crucial consideration of rhythm.  Peart’s was decidedly distinct from other percussionist personas of stolid backup, lovable foil, or loose cannon (cf. Charlie Watts, Ringo Starr, Ginger Baker, Keith Moon, John Bonham, Tommy Lee, et al), and technically he had more in common with jazz players, or perhaps Stewart Copeland of the Police, than most of his rock brethren.  In a field where raw emotion was so often extolled over skilled musicianship – especially after the advent of punk – Rush were the rare exception of disciplined craftsmen, articulate artists, and civilized people who could nevertheless still kick most of their competitors’ asses.  As sorry as I am that Neil Peart has left us, I’m comforted by his and his bandmates’ musical and intellectual legacy, and by the thought that he is now reunited with Jackie and Selena, somewhere off in the far unlit unknown.

3 thoughts on “For Those Who Think and Feel”