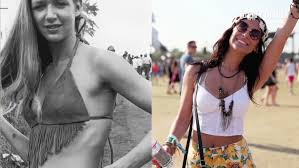 Black Lives Matter.  Gay Pride.  Idle No More.  Homophobia.  Transphobia.  Islamophobia.  Rape Culture.  Identity.  Diversity.  Bill C-16.  We are presently in the midst of the greatest cultural disruption in fifty years, as a range of distinct populations – women, blacks, Muslims, Natives, gay people, transgender people – are demanding rights and recognition with an urgency not seen since the protest era of the 1960s and 70s.  The stories dominate the news; the controversies inflame the message boards; the causes absorb the courts and the legislatures.  But just like the Summer of Love, the breakthroughs of one epoch can’t be perfectly replicated in another.  Whereas today’s activists insist that social justice has a long way to go, their critics point out how far it has come – and how far it has strayed.

So entrenched, indeed, that several generations have grown up equating grievance with goodness:  to claim a place in society, goes this assumption, you must first be by some reckoning a victim of it.  To ensure you are treated the same, you must first specify your difference.  If you have no unmet needs, you have only unearned advantages.  Racism, sexism, and other prejudices are everywhere.  The past should be continuously evaluated, and condemned, against the sensibilities of the present.  Governments exist to protect rights, the legal system exists to define them, and progress is judged by the varieties of people they specially acknowledge.

Not everyone sees it this way, however, and, unlike five decades ago, not all the skeptics are ignorant or intolerant.  Of course, the rise of Donald Trump may be attributed to an ugly “whitelash” driven by an uglier alt-right, the contemporary versions of Richard Nixon and the silent majority caricatured by Archie Bunker.  But it isn’t just angry conservatives questioning the modern rhetoric of identity politics.  Many of us wholly support feminist principles – which is why we oppose sexual standards that reduce women to helpless objects of male predation.  Many of us enjoy living in multicultural communities – which is why we dislike seeing single cultures invoke an unapproachable separateness off-limits to outsiders.  Many of us applauded Pierre Trudeau’s message that the state has no business in the bedrooms of the nation – so we deplore the notion that all manner of bedroom behavior should have to be addressed by the state.  Many of us revere Martin Luther King’s dream of being judged not by color of skin but content of character – so we lament a reality where color and gender are factored in everywhere from federal cabinets and federal funding to municipal boards and municipal budgets.  Many of us have been pleased to share cultural space with those of other backgrounds and persuasions – so we are dismayed when the already accepted strive to reinvent themselves as persecuted minorities.  Many of us reject bigotry and rejoice in its decline – which is why we despair when its meaning now encompasses an “unconscious bias” impossible to overcome.

Campaigns against discrimination and for inclusion, against traditionalism and for transformation, have been going on for a long time.  We ought to admit how well they have succeeded, and to ask how necessary they remain.  Because the moral power that drove the movements of 1967 has not carried over to the clamours of 2017, and many of us have noticed.  Between then and now, the biggest contrast is in how social advances of one age have become social regressions of another.

One thought on “Flower Power Failure”