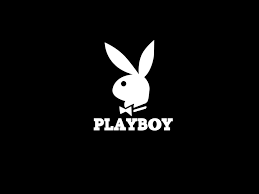 Veteran self-abusers were gladdened by the news, some months ago, that Playboy magazine was reversing an ill-advised decision to no longer feature photographs of fully nude women.  It got the publication some press, anyway, at a moment when many commentators both critical and sympathetic were surprised to learn it continued to operate, nudity or no nudity, at all – rather like hearing of a low-level celebrity scandal involving a celebrity already presumed to have died some years prior.

But for all its currently negligible cachet, it’s worth recalling that, at its peak, Playboy was one of the most influential cultural products in the world.   The magazine’s visual and editorial openness toward sex made it a cornerstone of the sexual revolution of the 1960s and 70s, along with the attendant proliferation of Playboy clubs in numerous countries, and the famously hedonistic lifestyle of its publisher Hugh Hefner, indulged in his legendary Playboy mansions in Chicago and Los Angeles.  (Good accounts of this vast impact are found in Steven Watts’ Mr. Playboy:  Hugh Hefner and the American Dream, and Mike Edison’s Dirty! Dirty! Dirty!  Of Playboys, Pigs, and Penthouse Paupers:  An American Tale of Sex and Wonder.)  Even aside from personifying the visibility of the Playboy brand and advocating his vague Playboy “philosophy,” Hefner has also been credited with nurturing liberal causes through the racial integration of his clubs, and providing seed funds (so to speak) for the National Organization for the Reform of Marijuana Laws (NORML) pro-cannabis lobby.  As behind the times as the nonagenarian Hef seems today, for a while he was, in some respects, on the right side of history.

At the same time, Playboy might be blamed for launching an entire wave of socio-political decadence whose consequences affect us yet.  The positing of private or intimate tastes as matters of broad public concern; the tolerance for sexual imagery and sexually charged language everywhere from the shopping mall (racy lingerie boutiques like La Senza and Victoria’s Secret) to women’s reading at the grocery store checkout line (“60 Mind-Blowing Positions to Try Tonight!”); the debates over sexual assault and sexual privacy now roiling university campuses and electronic networking (at least one of Bill Cosby’s alleged crimes is said to have been committed at Hefner’s mansion):  those are all part of the Playboy legacy.  And though it’s been a long time since I’ve flipped through an actual edition of Playboy, I’ve little doubt the infinite variety of soft-, hard-, and radioactive-core pornography available online has its aesthetic precedents in the airbrushed Bunnies of yesteryear.

The point is that Playboy, whatever its contemporary format, is a classic example of how something originally touted as a progressive breakthrough – a throwing off of outmoded shackles of prudery and self-denial – can anticipate things whose benefits, if any, are far more ambiguous.  As Playboy struggles to preserve its commercial status and public relevance in 2017, its remaining readers might post its epitaph in bedrooms, nightclubs, stores, and also at protest marches, medical clinics, police stations and websites, everywhere:  si monumentum requiris, circumspice – If you seek a monument, look around.

2 thoughts on “Playboy and the Western World”