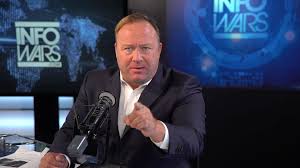 If you’re lucky, you haven’t encountered the Internet allegations that much-publicized episodes of terror attacks or mass shootings are actually hoaxes perpetrated by governments or other hidden powers for shadowy ulterior motives.  In this premise, it’s not that someone besides the supposed culprits (like Islamic extremists or alienated loners) committed the acts – it’s that the acts didn’t occur at all, and what the world witnesses are merely performances staged by professional “crisis actors,” some of whom are said to have suspiciously turned up at the aftermaths of several disparate calamities.  The most notorious of these assertions debunks the 2012 Sandy Hook massacre, where twenty children were murdered by a young gunman.  According to anti-government pundits like Alex Jones, Sandy Hook never happened, but was faked as a pretext to summarily confiscate law-abiding Americans’ private arsenals.

Granted, charges like Jones’ have a certain plausibility.  Today we get most of our knowledge of the world via electronic information, and, after all, relatively few in the global audience were physically there in Orlando, or Manchester, or San Bernadino, or Nice, or Charlottesville, or Sandy Hook, to experience what took place; most of us only ever see a few minutes of shaky video images, recorded testimony from emotional bystanders, and perhaps a mug shot of a “suspect.”  Who’s to say it isn’t all theatre, reported as reality by the mainstream media?  Perhaps the earliest instance of this skepticism was directed at the 1969 moon landing, watched on TV by billions but directly undertaken, so we were told, by just two astronauts, and thus an obvious opportunity for fraud (elaborate variations on this indictment hold that 2001 director Stanley Kubrick filmed the lunar footage, then later hinted at his complicity in The Shining).

Like all conspiracy theories, the “crisis actor” idea is based on a convoluted web of connected dots (e.g. “gotcha” pictures of the same individuals purportedly employed to pose as victims across multiple locations), superimposed on a broad assumption of state or corporate deceitfulness.  Less considered is why such conspiracies would ever be hatched.  Are fabricated bombings or fabricated sidewalk run-downs the most practical, predictable means to achieve political ends?  How, precisely, are local emergencies translated into covert national agendas?  And how would any plotter trust these plots to remain secret – surely one of the scores of participants involved in crafting and disseminating such falsehoods would blow a whistle to CNN or Wikileaks?

In an even longer perspective, you’ve got to wonder what Alex Jones and other believers really propose to do with their hypotheses.  Okay, so forces deep within the US security apparatus have concocted a shocking incident, that it might spread public panic and enable suspension of civil liberty.  Should we therefore launch an armed rebellion, kill thousands of colluding police and journalists, and overthrow the entire social order, to ensure lasting peace and freedom?  Is that the reasonable response?  More likely, conspiracy theories of this nature are really outrage as entertainment:  paranoid fantasies traded among homebound nobodies and used as excuses for their own insignificance.  If not even dramatic tragedies in distant places mean what they suggest, then meaningless existences in dreary backwaters are somehow redeemed.  It says something about our age that, where the quietly desperate once escaped into soap operas or science fiction, they now escape into twisted delusions around dead tourists, dead pedestrians, and dead children.

One thought on “Crisis? What Crisis?”