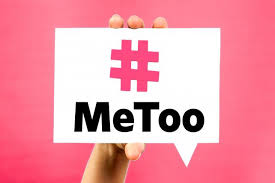 As a teenager I was once walking home late at night when a creepy older guy suddenly fell in beside me and struck up a conversation –  then I noticed he was about to unzip his fly, whereupon I, having seen Deliverance too many times, hurried off.  Years later I resided in Vancouver’s rainbow-hued West End neighbourhood and heard “Hello, sailor” called down to me from an apartment window, before my (female) partner defended “He’s with me!”  This was on the same street where I strolled back from work one evening, past a gaggle of men in wigs and skirts as they readied for a party.  “Hello,” one said to me invitingly, to which I replied “Hi, guys,” and tried not to crack up.

Were these Me Too moments?  They were certainly unwanted experiences in which males made sexual gestures or comments in my direction, just like the episodes many women are now recalling from their own histories and sharing in the ubiquitous online campaign.  For that matter, there are probably a few female acquaintances or co-workers of mine in whose histories I figure, and not in a nice way.  (Admittedly, though I too have had some jerkoff bosses, I’ve had no bosses jerk off.)  But as male and female critics of #MeToo have pointed out, a movement which conflates embarrassing encounters with criminal assaults risks diluting an important message about sexual harassment into a mere fad; it can also needlessly politicize universal human incivilities into systemic oppression committed by one group against another.

Like so many other causes conveyed over social media, as well (remember the ice bucket challenge?), #MeToo sometimes seems indistinguishable from a bandwagon.   Ideas which once might have taken a manifesto to fully sum up are reduced to easily shared memes and hashtags, inviting users to choose from an either-or, for-against paradigm which turns complicated private stories of consent, fear, shame, and ambivalence into an inclusive category of belonging.  As in other cultural conversations, nuanced opinions are made impossible, or at least less visible, by the instantaneity of electronic sharing – you have to sign up, or you don’t count; you have to Follow and Like, or you don’t care.  Outside of Twitter and Facebook, “Me too” is what children say on a playground when they want to join in each other’s games.  #MeToo risks becoming that fleeting and that frivolous.

Another element here has less to do with gender politics than with economics.  Notably, most of the cases of confessed or alleged sexual misconduct come from the elite levels of media, politics, and business.   These are not the familiar scenarios of a leering manager pestering the secretarial pool, or a lascivious shop manager roaming among the women on the factory floor.  Instead, we are given glimpses behind the closed doors of Hollywood, Washington, and other prestigious workplaces (“Politics is show business for ugly people,” someone once said), lending the affairs an element of vicarious glamour.  Who isn’t interested in the private indignities of the high and mighty?   An overlooked distinction, however, is not only that the accounts concern prominent and successful people – domineering studio executives and rising actresses; celebrated talk-show hosts and eager young network employees; self-important cabinet members and overachieving legislative aides; powerful party leaders and energetic party operatives –  but also that the men and women are all effectively independent contractors rather than regular working stiffs.  Such occupations are known for their intrigues of ambition, careerism, and their ever-present potential for big breaks and catastrophic flops.  The point is not that accusers fabricate tales of harassment to advance their own positions, but that an element of personal competitiveness is inherent in the professions themselves, and both perpetrators and complainants of particular sexual behaviors understand the advantages and disadvantages that go with perpetrating and complaining.  Hitting on a junior colleague, or exposing a senior colleague’s sleaziness, will unfold differently in a movie studio or a corporate boardroom than in a warehouse or a store.  In fields where job security is precarious and vindication or disgrace is very public, misconduct of any kind has ramifications which are not factors in lower-profile offices.

Insofar as #MeToo has initiated a serious reckoning of the power dynamics between men and women, it has been a force for good.  But insofar as it is another media sensation that exists more on a screen than in reality, it’s less positive.  I only hope it does not deteriorate into a form of true-crime titillation whereby regular folks gloat over the scandals of the stars, or weaponized gossip, or above all that it is not this year’s Je Suis Charlie, What Color is the Dress, or ice bucket challenge.