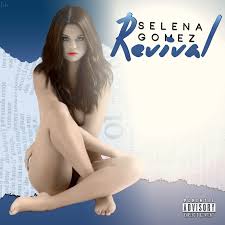 Ever since there has been popular music, and probably even before then, objections have been raised against supposedly lewd songs or singers thereof.  The earliest blues and jazz numbers were decried for sordid subjects like passion and promiscuity, as well as for their “jungle” rhythms; early rock ‘n’ roll was said to be even more debauched, with its emphatically Negro beats and themes of unbridled teen lust.  Nothing much has changed, relatively, but the absolute degree to which the music is now sexualized is threatening to turn it into a whole other medium.

This trend can be dated to any number of milestones, depending on age or taste. The Rolling Stones’ “Let’s Spend the Night Together” was pretty scandalous in 1967, but then so was Little Richard’s “Good Golly Miss Molly” in 1958, Lucille Bogan’s “Shave ‘Em Dry” in 1935, and Ma Rainey’s “See See Rider” in 1924.  Fast-forward to 2017, where seemingly every second Spotify hit features the words “body,” “love,” “want,” “give,” “tonight,” and the inevitable “baby,” in some combination – a computer program could probably generate tracks titled “Baby Want Give Body Love Tonight,” or “Tonight Want Love, Baby (Give Body),” or “Love Body Baby, Tonight Give Love,” and have them thump out from millions of iPods and in clubs around the world within twenty-four hours.

Yet it’s not only that the legal standards for published lyrics have been relaxed, if not utterly erased; undisguised profanity has been heard in pop at least since Guns ‘n Roses, NWA, and Public Enemy, thirty years ago.  Over the same time, from the advent of MTV and similar networks in a 500-channel universe to today’s Youtube, the artists’ visual presentation has become more openly salacious, with Madonna, the Spice Girls, and Britney Spears paving the way for the bump ‘n’ grind poses and barely-there outfits of Miley Cyrus, Lil’ Kim, Rihanna, Nicki Minaj, Demi Lovato, and a hundred more female performers.  Of course the entertainment business has always exploited the appeal of attractive young actresses, dancers, and singers, but the exploitation is now an inherent element of the product, as well as a deliberate career strategy of the women themselves. Some stars have been publicized in fully nude photos (Madonna, Geri Halliwell of the Spice Girls, LaToya Jackson, Samantha Fox), while others pose in carefully covered teases (Janet Jackson, Selena Gomez, Beyoncé).  It’s not a question of offensiveness or obscenity – sexy women remain staple motifs of mass culture, and I’m all for them.  Rather, it’s the obviousness of the ploy, used by individuals who aren’t exceptionally talented otherwise, which is changing the nature of the genre.

Just as different formats of broadcasting, recording, television and film are now combined into single devices carried in pockets or situated in living rooms, so pop tunes seem to be combining with pornography as a single stream of electronic stimulation.  It’s not exactly X-rated video, but nor is it purely music, either.  It’s not quite stealing business from strip clubs, but it may be drawing on some of the same market.   In time we may see genuine porn stars cross over the other way into releasing their own hip-hop or country singles, and why shouldn’t they?  How is a nude model who can pose to a recorded melody any different from a so-so vocalist who’s willing to take her clothes off? Why should another industry barrier not be broken, if it’s accompanied by a torrent of attention and profit? My problem is less that public decency is being degraded, or that adolescent and preadolescent audiences are consuming ceaseless images of eroticized female bodies – there are plenty of critics already making those cases.  My problem is that the timeless art of composing and playing songs is being lost in the modern gimmick of showing skin.