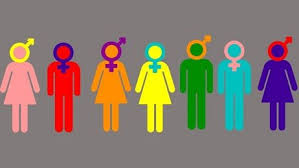 “Identity politics” seems to be the term du jour. I’ve used it myself in this blog a few times, and, though not a new phrase, it’s enjoyed a revival since the 2016 US election and its aftermath:  Mark Lilla’s New York Times op-ed of November 20, “The End of Identity Liberalism,” won a wide readership (Lilla expands his case in a new book, The Once and Future Liberal:  After Identity Politics), and it’s been cropping up in political debate across television and the Internet ever since.

The upshot of the identity politics argument is that too much focus on small communities of voters, rather than broad coalitions, likely cost the Democrats control of Congress and the White House.  It’s also suggested that identity politics has driven the Brexit and the rise of the alt-right.  As Lilla put it in his Times piece,

Identity politics…is largely expressive, not persuasive.  Which is why it never wins elections – but can lose them…Liberals should bear in mind that the first identity movement in American politics was the Ku Klux Klan, which still exists.  Those who play the identity game should be prepared to lose it.

This caution was anticipated in George Packer’s New Yorker essay of October 31, 2016, covering the polarization of the American political process leading up to Donald Trump’s victory:

[I]dentity politics breaks down the distinction between an idea and the person articulating it, so that before speaking up one has to ask:  Does my identity give me the right to say this?  Could my identity be the focus of a Twitter backlash?  This atmosphere makes honest conversation very hard, and gives a demagogue like Trump the aura of being a truthteller.  The “authenticity” that his followers so admire is factually wrong and morally repulsive.  But when people of good will are afraid to air legitimate arguments the illegitimate kind gains power.

No doubt, rejecting identity politics may serve as a cover for old-fashioned racism, or at least as a signal that working-class whites should remain a valuable constituency for progressive parties to win over.  And some say the cause’s distracting frivolity is overstated, as in Franklin Foer’s piece “What’s Wrong With the Democrats?” in the July-August issue of The Atlantic:

Identity politics might make for a fair description of the environment on some college campuses.  But the issues that [US Senator Cory] Booker described as his driving passion – the depredations of private prisons, hefty sentences for nonviolent drug offenders – are hardly akin to protesting that a cafeteria’s attempt at bán mì amount to cultural appropriation.

Then again, others contend that identity politics truly are the wave of the future, as the sheer demographics of special interest ethnic, linguistic, and sexual profiles outnumber the supposedly overlooked mainstream of blue-collar middle Americans.  In No Is Not Enough, Naomi Klein called out Lilla’s article:

Unity, apparently, requires that all those noisy minorities (combined, an overwhelming majority, actually) need to pipe down…so Democrats can get back to “It’s the economy, stupid,” the mantra of Bill Clinton’s 1992 winning presidential campaign.  Except this is exactly the wrong conclusion to draw…

Perhaps one way to understand the current notion of identity politics as a pejorative is to consider its roots in the civil rights and feminist movements of the 1960s and 70s.  Back then, people on both sides understood that the demands being made were more or less finite – an end to race- and sex-based discrimination in employment, housing, education, and so on. Some protests were more sweeping, or more strident, than others, but pro and con each recognized the specific legal and social barriers at issue.  Today, though, identity politics has become about open-ended grievances rather than fixed goals. Tangible steps towards integration and coexistence have been discarded for increasingly elaborate and abstract measures of difference.  Discrimination has been defined downward.

It’s not so much that activism is driven by personal qualities of color or sexual preference, which is hard to argue with, but that it has become inextricable from a casual vilification of anyone not sharing those qualities. Many erstwhile Democrats have been made to feel alienated by people who don’t look or live exactly the way they do, even if they work at similar jobs and have similar views on taxation or foreign policy or the environment. Populations which should comprise a formidable bloc of consensus have been artificially fragmented according to “diversity” and “privilege,” whereby no agreement on a greater good is possible if any sliver of the potential base feels slighted. It’s this kind of thinking which Lilla, Packer, and others have criticized, and which will remain the biggest obstacle to liberal success – and the biggest gift to conservative triumphalism – in the next fraught months and years.