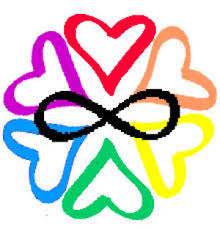 I predict that our most pressing social issue five or ten years hence will be the public acceptance of polyamory.  Polyamory has already been identified as a distinct lifestyle by researchers and practitioners:  it is not the faith-based polygamy (one husband with several wives) of some religious sects but rather the consensual sharing of intimate partners among several secular adults.  If the past is any indication, polyamorous advocacy groups should be clamoring for rights and recognition in about 2023.

It will begin with a small but strident community challenging the conventional standards of couplehood, opening up about the happy and fulfilling conjugal arrangements they share among numerous other trusting, tolerant men and women.  Crass old stereotypes of infidelity and swinging will be replaced by progressive analyses detailing the psychological health of poly spouses and their families, and distinctive “Poly and Proud” logos and other paraphernalia  will be increasingly visible.

This will all play out in the media, of course.  Expect heated editorial commentaries and radio call-in discussions, a rush of sympathetic novels, films, and TV programs about polyamorous liaisons, and much-publicized announcements by celebrities who come out as poly.  Historical figures’ hitherto secret polyamorous relationships will be revealed for widespread reappraisal.  Then the cause will work its way into courts and legislatures, as lawyers and activists will argue on behalf of multi-matrimony and its attendant entitlements, including spousal benefits, parental privileges, inheritance claims, tax exemptions, and the like.  Hotels, airlines, restaurants, and other businesses will advertise to the growing market of poly triples, quartets, and quintets.  Polyamory will have truly arrived in popular culture when its few critics – most of them conservative older people, or so-called jealous lovers – will be condemned as polyphobic.

I’m not trying to sound like one of those right-wing alarmists who see society as one big slippery slope leading to mass sharia-enforced gay marriage, but the fact is that much of the behavior we permit or celebrate today was unthinkable fifty or one hundred years ago. Using recreational drugs; assisting a suicide; obtaining an abortion; reading or viewing sexually explicit entertainment; adopting transgender identity; being homosexual; having interracial sex; having premarital sex; even having certain sex acts – all were once strongly outlawed by governments, churches, and common morality (partial disclosure: by some of those standards I would be an outlaw myself).  You can imagine other longstanding taboos which might fall in the future, through the same pattern of open acknowledgement, public defiance, gradual familiarity, and then legal accommodation and eventual normalization. Indeed, by some political perspectives the last several centuries are no more than a long sequence of emancipations (of peasants, colonial subjects, non-whites, women, gay people, et cetera), so it’s hardly surprising that we assume the cycle should continue indefinitely.

Except.  Though no one wants to define the limits of ethics or custom or pluralism so restrictively that they end up on the wrong side of them, we nevertheless all have limits. Absolute measures of right and wrong may become relative over a lifetime, and shaded interpretations of fairness may become black and white. What is permissiveness today may be bigotry tomorrow; one man’s libertine is another’s prude.  I recall a standup comedian (I forget who) observing, “People tell me, ‘I’m not prejudiced, I don’t care if you’re white, black, brown, yellow, or purple.’  What!  Purple people?  Come on, you gotta draw the line somewhere! To hell with purple people!”  The joke was that it’s easy to congratulate ourselves for being generously liberal, open-minded citizens of wonderfully inclusive environments, right until it isn’t.

2 thoughts on “Come Together”