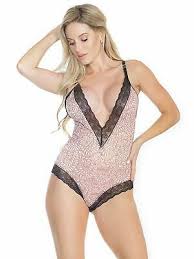 If you were to take a typical consumer of, say, 1970, and send him or her via time travel to a contemporary shopping mall, the first thing they’d notice might not be the technology or the prices but the blatant sexuality on display.  The decor and merchandise visible at Victoria’s Secret, La Vie en Rose and La Senza in 2020 was relegated to seedy Adults Only parlors fifty years ago; I’m not sure if you can call this progress.

Many commentators have already pointed out the increasingly erotic aesthetic of modern daily life – some call it “pornification” – by which sexual ideas and images are constantly bombarding us from a wide variety of media.  Maybe they were saying the same thing in the days of Clara Bow and Mae West, and they were definitely saying it when Playboy was at its peak circulation, but by absolute measures our current motifs are far raunchier than anything that would have been commonly (or legally) put on view in 1924 or 1963.  The proliferation of chain lingerie shops that cater to ordinary middle-class customers as they stroll from the food court to the lottery kiosk is another symptom of this.  La Senza and its rivals, whatever the actual products being retailed, are really marketing sex, in the same way that Sportchek markets athleticism and Ikea markets domesticity. You don’t just buy a bra or a thong at Victoria’s Secret – you buy a ticket to a personal X-rated experience.

At least, that’s the illusion.  I recall in the 1990s there was a TV commercial for a brand of ordinary women’s underwear that kidded the very fantasy touted by Frederick’s of Hollywood et al, showing a sequence of ever-more racy garters, frills, and bustiers rolled out on a clothesline.  Each “special occasion” outfit got passed over in favor of the practical garments – “Sorry, guys,” ran the caption. (La Senza even got a well-earned public backlash a while ago for putting out a label called “La Senza Girl,” aimed at pre-teens.  What the hell were they thinking?)  The Victoria’s Secrets and La Vie en Roses no doubt rely on a largely male clientele, men hoping to dress their partners up, for a crucial few minutes at any rate, in name-brand “intimates” which the partners likely wouldn’t pick for themselves.  That’s a pretty big industry to construct around a pretty skimpy fetish.  When you consider the visual come-ons of their posters, mannequins, and generally stripperish environments, lingerie stores are emphatically selling sizzle, not steak.

Now, don’t get me wrong.  I like to look at women in sexy underwear, photographed or live, as much as the next guy.  And I’ve spent significant sums of cash in La Senza and La Vie en Rose over the years (I browsed in a Victoria’s Secret outlet before Christmas but I was too embarrassed, and too cheap, to purchase anything).  Yet the success of these places, more than that of most lifestyle emporia, is based on a fundamental deception: they lure you in with the promise of a supermodel orgy and send you home with a few strips of overpriced cotton.  On the mall directories, the growing number of lingerie boutiques are listed under “Specialty Wear,” but their garish exploitation of lust and avarice truly puts them under the category of the world’s oldest profession.