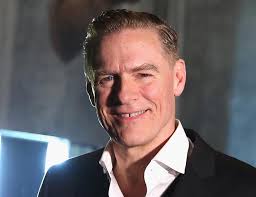 Far, far, far be it from me to defend Bryan Adams, whose bland jock rock has been disgracing his native Canada for decades, but this is one occasion where I feel to compelled to stand up for him.  Though I have no interest in Adams’ music,  there was a recent media pile-on for a gripe he posted on Instagram, about how the COVID-19 pandemic has forced him to cancel some shows, due to what he called “some fucking bat eating, wet market animal selling, virus making greedy bastards…My message to them other than ‘thanks a fucking lot’ is go vegan.”  An article on (where else?) the CBC elicited a quote from Amy Go of the Chinese Canadian National Council for Social Justice, who called Adams’ message “so, so, so, so racist,” and the singer has since apologized, but Go’s response was that “until such time that he recognizes his words…will cause harm to specific communities, like Chinese and Asian communities, I don’t think that’s an apology.”

In the first place, who gives a flying fuck what Bryan Adams has to say about anything?  The contretemps is yet another indication of how pop culture, once a small sidebar of daily journalism, has expanded to engulf every other news bureau, including law, health, and politics, such that the activities or statements of a professional entertainer are deemed to be as important as those of activists, academics, business leaders, or elected officials.  While Adams is certainly famous and has fans, he has no formal obligations to any public constituency; indeed, anyone shallow enough to be swayed by his opinions over those of responsible politicians or doctors is already a lost cause.  The erasure of the lines dividing hard news from novelty item has been ongoing since the rise of the mass media itself, and Bryan Adams’ “controversial” post is only the latest example of the phenomenon.  Imagine if the figure making such intemperate outbursts went from being a rather generic corporate celebrity to a genuinely powerful office-holder, like, say, the President of the United States – how crazy would that be?

Secondly, while Adams is no scientist and knows no more about the origins of the COVID-19 pandemic than the average citizen, his notion that the virus originated in a Chinese marketplace where some kind of animal-to-human transmission occurred, however unproven, is widespread.  In the post referenced above, the performer did not even use the words “China” or “Asian,” much less invoke any ethnic slur.  His was actually one of the more polite versions of the theory going around.  It may be wrong, it may be embarrassing, but is it “racist”?  There is agreement that the novel coronavirus first spread in the Chinese city of Wuhan, and there is serious debate about the Chinese government’s role in containing and acknowledging it – surely those facts can be raised by non-Chinese people now affected by the illness or the quarantine.  Or all they all bigots if they do?

I have written elsewhere that equality is not immunity:  to be treated without prejudice towards race or religion or gender or sexuality doesn’t mean you are only treated favorably, but just that the treatment won’t be motivated by an underlying hostility.  It should be a positive sign of a successfully integrated society that a member of one group can critique members of another without implying an instinctive antagonism against (or a supposed superiority over) all of them.  Yet these days the charge of racism, sexism, homophobia, or comparable bias has become the last refuge of anyone faced with an unwelcome or unflattering consideration by any outsider.  “Racism” now stands for ignorant, wrong, and bad – so bad that the accused racist can no longer make an argument but retreat into abject contrition for his or her racism, even if the offending point was perfectly legitimate, or innocuous, or merely the casual complaint of an otherwise terminally inoffensive pop star.  L’affaire Adams suggests that what used to be a meaningful indictment of malicious attitudes has evolved into a convenient deflection of inconvenient ideas.  Don’t get me wrong, Bryan Adams still sucks, but because he makes forgettable musical statements which I don’t listen to, for tastes unlike mine.  He doesn’t suck because he forgot that, lately, you can’t make non-musical statements that people unlike you don’t want to hear.