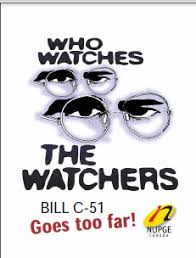 The Canadian government’s proposed anti-terror legislation, Bill C-51, has drawn criticism for granting excessive power to state authorities in the name of combating militant fundamentalists.  More generally, it’s been charged that Conservative Prime Minister Stephen Harper and his party are exploiting the slim possibility of terrorist attacks for political purposes as a general election nears – emphasizing the heroism of the Canadian military and the dangers posed by radicals to craftily stoke public fears and win public support for their policies.  Such condemnations are not without merit, but I think there is more going on here.

For one thing, the familiar argument that we are statistically more likely to be killed in traffic accidents or avalanches than in terror plots is actually an inadvertent endorsement of at least some sort of anti-terror effort.  After all, governments already spend significant money and resources on behalf of safe driving (roadside breathalyzer checks, highway maintenance and upgrades, and informational campaigns) and safe outdoorsmanship (ski patrols, back country emergency teams, and informational campaigns), so why shouldn’t they also allocate personnel and technology toward safe malls and safe airports?  Just how much personnel and what kind of technology should, of course, be debated – as it currently is – but the relative rarity of a particular hazard, whether drunk motorists, precarious ice packs, or underground jihadist cells, doesn’t mean it isn’t worth protecting against.

Secondly, while it’s true that politicians can highlight the threat of terror to serve their own interests, opposition groups are just as guilty of capitalizing on an inverted set of alarms.  Whereas the Prime Minister might imply that a vote for him is a vote for your children’s security (cue the ads of cute kids being watched over by brave soldiers), his detractors counter that a vote for him is in fact a vote for a looming police state (cue the Facebook posts about Joseph Goebbels and Big Brother).  We are in a weird age of both fearmongering, and fearmongering about fearmongering.  Each side promotes itself by stirring popular anxiety over something that very probably will never happen, be it all-out Islamist war on democracy or all-out eradication of civil liberty.

Like global warming, school shootings, and Kim Kardashian’s rear end, the real or exaggerated potential for domestic terrorism is something talked about everywhere except among ordinary people as they go about their daily unmediated lives.  It’s the same when we complain about seeing a dumb commercial over and over during our favorite show, without feeling in any way compelled to buy the advertised product itself.  The “fear” allegedly heightened by cynical governments may be a burning issue on TV or online, but very few citizens seem to be walking around genuinely afraid; if anything, there has been a strong backlash against any message that we ought to be more watchful or more cautious than ever before.  Whenever we hear something we dispute coming from political officials, we are quick to denounce them for attempted mass brainwashing, yet we can nowadays just as widely broadcast our own rebuttals and present them as the voice of reason spoken to discerning listeners.    Neither characterization – the extreme of opportunistic falsehood versus the extreme of noble truth – is wholly accurate.   Just as one man’s terrorist is another man’s freedom fighter, so one man’s legitimate rhetoric is another man’s coercive propaganda.

One thought on “Threat Frets”