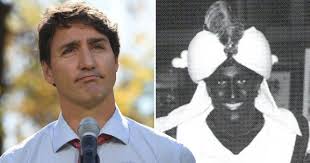 We all know how the gaffes, gotchas, and scandals are received.  Of course you shouldn’t ask female job applicants about wearing bras, as the Ottawa city councillor allegedly did; of course you shouldn’t mock an expert witness’s African accent, as the Alberta judge recently did; of course you shouldn’t costume yourself to look like a black or a south Asian person, as the Canadian prime minister infamously did.  The deeper question, though, is why not?  All the protests and atonements in the world will not obscure the realities that men notice women’s appearance, that non-native speakers sound conspicuous, and that Caucasians can darken their skin with makeup.  Most of us are too polite to demonstrate these and similar truths at others’ expense, of course, but truths they remain.

This is not the familiar MAGA retort of “Lighten up, snowflake,” but rather about distinguishing intentional cruelty from accidental insult – or legitimate rhetoric.  The “Climate Barbie” epithet, for example, may offend Environment and Climate Change Minister Catherine McKenna and her supporters, but directed at her (arguably) simplistic policies and (inarguably) blonde hairstyle, it seems like fair game.  Just because something strikes a nerve doesn’t mean it’s a low blow.  Even good will doesn’t have to sound deferential:  we can kid our friend O’Malley about drunken brawling, our neighbour Romano about mob hits, or our colleague Goldberg about international conspiracies, because the stereotypes are so trite that no one really takes them seriously.  Outwardly provocative language can have layers of irony that the diversity police never detect.  Perhaps it’s just not reasonable that we are constantly enjoined to celebrate differences but never critique, question, or spoof them.

An equal society is not one in which all citizens are alike, or one in which no citizens have any advantages over any other; an equal society only prevents such advantages from being egregiously exploited, or perpetuated.  The occasional pushback or wisecrack is not egregious.  Likewise, the old ideal of equal rights meant only that basic legal freedoms were to be held by both men and women, whites and non-whites, straights and gays – there was no promise that everyone would be protected, ever and always, from any sort of subjective injury.  “The line between a prejudiced belief and a merely controversial one is elusive,” Jonathan Rauch wrote in a 1995 Harper’s essay, “and the harder you look the more elusive it becomes.” Past a certain point, perceived hurts of racism, sexism, or homophobia must count more as just the ordinary overhead of pluralism.

The value of contrition as a political gesture has by now declined, after so many individual regrets and government repents have only entrenched the original wrongs, whether personal or institutional, in history.  At the same time, the power of shame as a political tool has largely backfired, as voters long labeled as intolerant for backing the wrong sides have begun to live up to the reputations imposed on them – if you’re going to be presumed guilty of bigotry anyway, why not be bigoted?  At worst, declaring some words or acts as certifiably offensive – and therefore prohibited from sanctioned discourse – only encourages the trolls to use them all the more, like a bully who discovers an embarrassing secret and turns it into a taunt.  But even a well-meant avoidance of delicate topics or touchy terms can obscure important points which ought to be acknowledged, however uncomfortable they make us feel.

Ultimately, a public conversation that cannot include edgy jokes, harsh opinions, or blunt facts will only be stifled for so long before the offensive ideas they express are blurted out in less open forums from more hostile positions.  In defining offensiveness as broadly and as opportunistically as we have, the problem we have created is not that more prominent figures will be caught talking or behaving in ways for which they are obligated to apologize; the problem is that some of them, in time, may no longer feel that obligation.